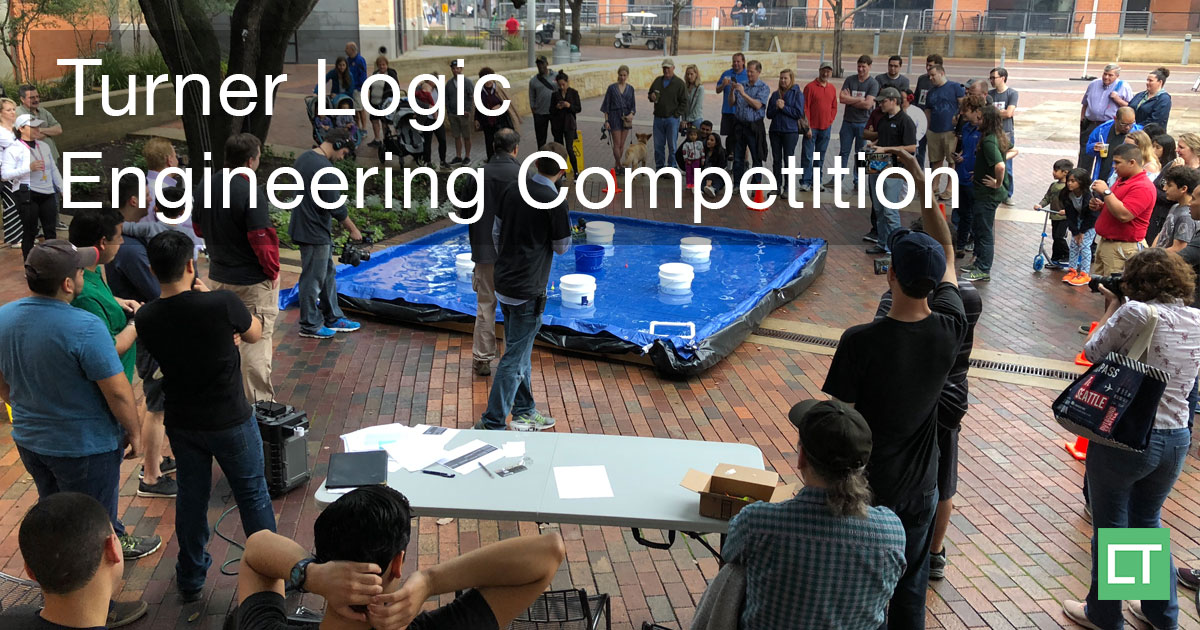 Turner Logic celebrated National Engineers Week by hosting an Open Engineering Competition. The competition took place at the Pearl Stable Courtyard on February 24th. We were fortunate to have great weather, and we are very thankful to the Pearl for allowing us to host the competition there.

The competition involved building an R/C boat capable of picking up different color fishing bobbers and dropping them in a safe zone. It proved to be a difficult challenge. We had a total of eight teams enter, but only four were successful in completing boats for the competition. There were a total of $2,000 in prizes on the line.

The teams that made it to the competition were:

Big Airboats came out on top followed by CTDUG in a close second. Turner Logic challenged the Big Airboats team in an offer to allow them to double their prize money, but the Turner Logic design was victorious in the final round. Congrats to all the competitors, but especially to our 1st and 2nd place winners: Big Airboats and CTDUG.

Check out the video below to see some highlights from the competition and please share it with your friends! The Turner Logic Engineering Competition will back again next year with another fun and challenging event.

Hi, my name is Chris. I’m a husband, father, Christ follower, engineer, inventor, and entrepreneur. I am also the CEO of Turner Logic. I share some of my fun projects on this blog and on my YouTube channel.